Let f(x) be a function defined on the interval [a, b] and F(x) be its anti-derivative. Then,

The above is called the second fundamental theorem of calculus.

is defined as the definite integral of f(x) from x = a to x = b. The numbers and b are called limits of integration. We write

Evaluation of Definite Integrals by Substitution

Consider a definite integral of the following form

Step 2 Find the limits of integration in new system of variable i.e.. the lower limit is g(a) and the upper limit is g(b) and the g(b) integral is now

Step 3 Evaluate the integral, so obtained by usual method.

18. If m is the least value and M is the greatest value of the function f(x) on the interval [a, bl. (estimation of an integral), then

is called the mean value of the function f(x) on the interval [a, b].

is an even function.

is an odd function.

is called an improper integral and is defined as

gives area of the figure bounded by the curve y = f(x), the axis and the straight line x = a.

Let f(x) be a continuous function defined on [a, b], then a function φ(x) defined by

is called the integral function of the function f.

If n is a positive rational number, then the improper integral 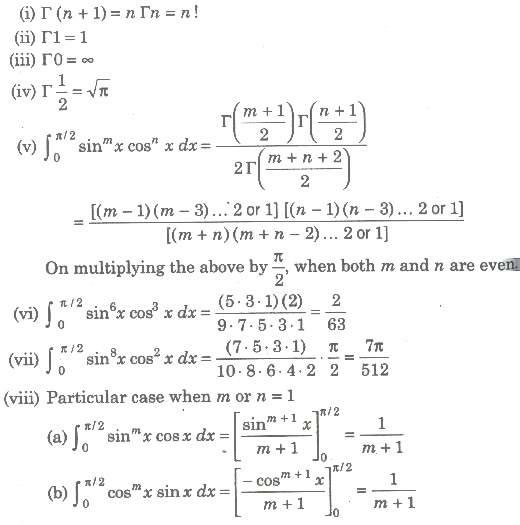 Summation of Series by Definite Integral 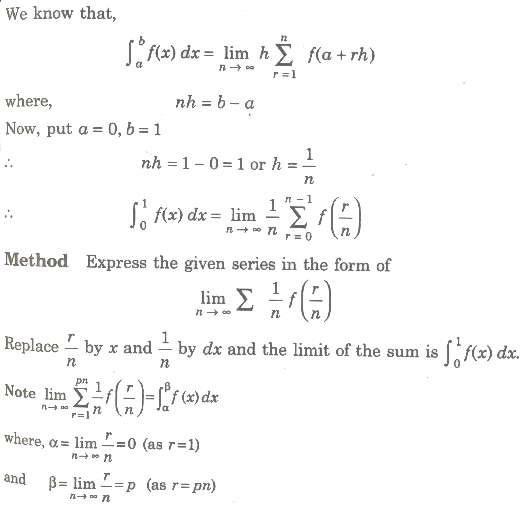 The method to evaluate the integral, as limit of the sum of an infinite series is known as integration by first principle. 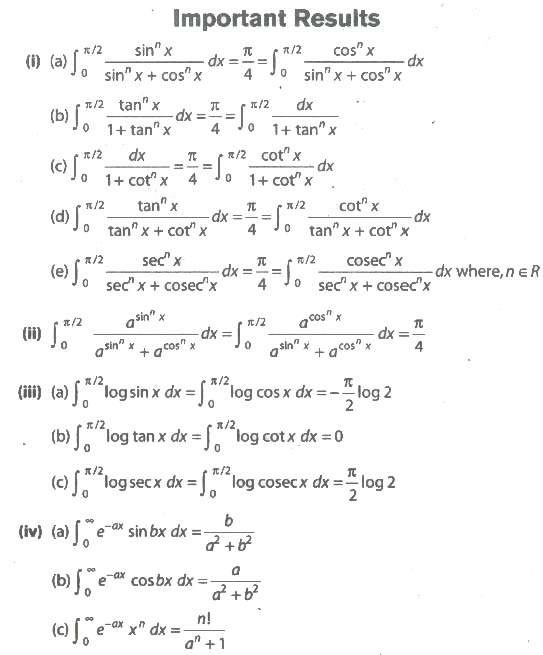 The space occupied by the curve along with the axis, under the given condition is called area of bounded region.

(ii) If the curve between the lines x = a, x = b lies below the X-axis, then the required area is given by 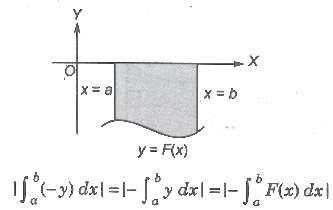 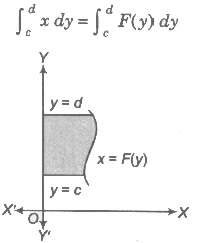 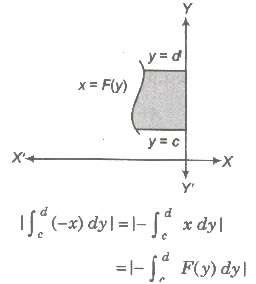 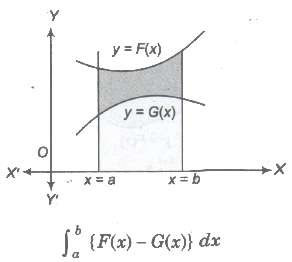 Area of Curves Given by Polar Equations

If We revolve any plane curve along any line, then solid so generated is called solid of revolution.

1. The volume of the solid generated by revolution of the area bounded by the curve y = f(x), the axis of x and the ordinates

it being given that f(x) is a continuous a function in the interval (a, b).
2. The volume of the solid generated by revolution of the area bounded by the curve x = g(y), the axis of y and two abscissas y = c and y = d is

it being given that g(y) is a continuous function in the interval (c, d).

(i) The surface of the solid generated by revolution of the area bounded by the curve y = f(x), the axis of x and the ordinates

is a continuous function in the interval (a, b).

3. Point of Intersection with Axes

Find points at which (dy/dx) vanishes or becomes infinite. It gives us the points where tngent is parallel or perpendicular to the X-axis.

and solve the resulting equation.If some point of inflexion is there, then locate it exactly.

Taking in consideration of all above information, we draw an approximate shape of the curve

Shape of Some Curves is Given Below 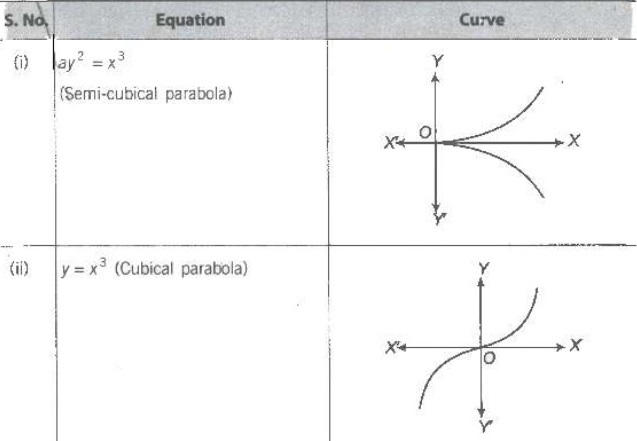 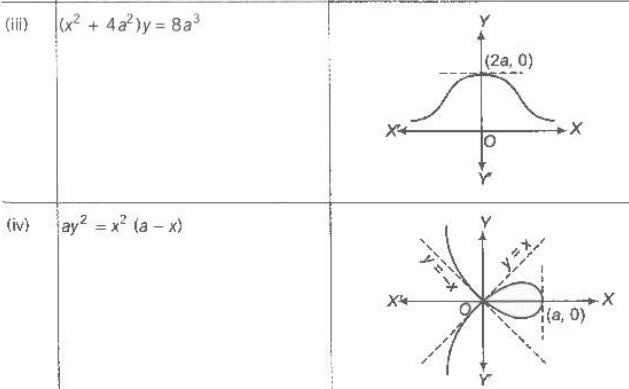